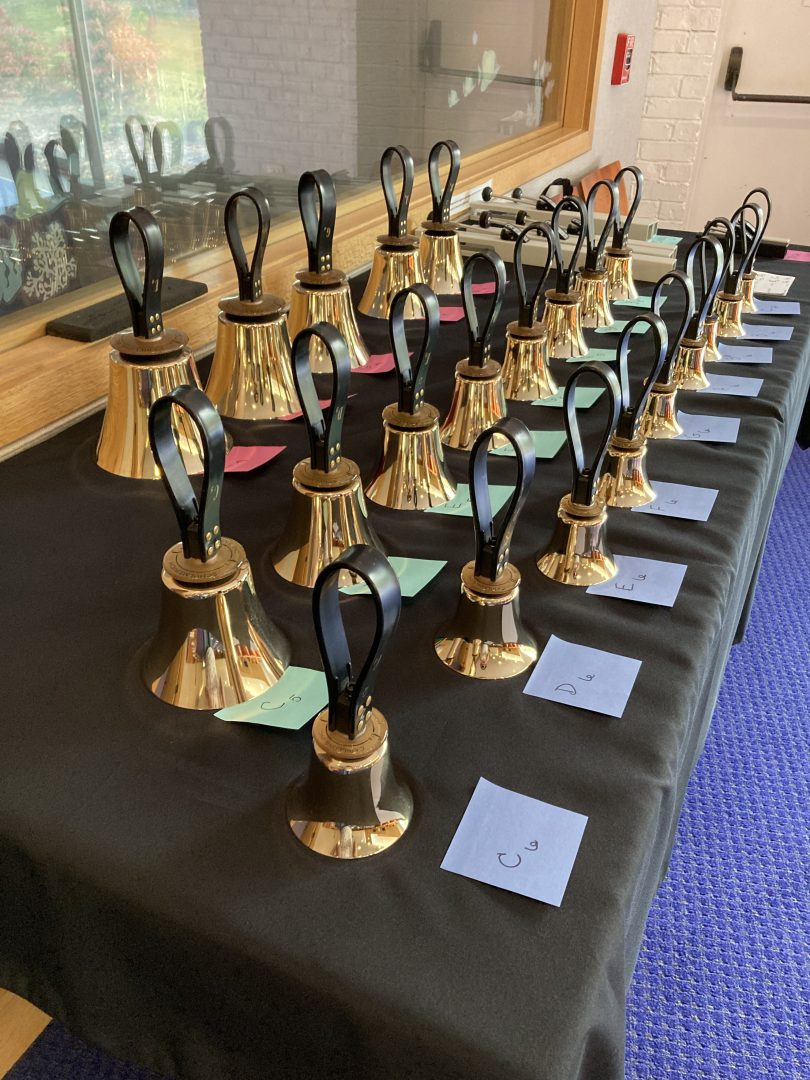 Our music ministry fosters spiritually fulfilling musical experiences for all. We have multiple ensembles that contribute to worship on a regular basis: the Chalice Singers, the Chalice Sparks, and the Chalice Bells.

For more information about the music ministries at UUAA, contact: musicteam@uuaa.org

For information about UUAA’s Music Director employment opportunity, use this link.

NOTE: the pandemic has affected all music ensembles at UUAA.  Until further notice, please contact the ensemble’s director to learn what the most current rehearsal and meeting policies are.

Carter Smith is a conductor and performer from Baton Rouge, Louisiana. He is excited to join the UUAA community in August of 2021. In addition to his current position, he is also in the final stages of completing a Doctor of Musical Arts degree at Michigan State University.

Prior to moving to Ann Arbor, Carter enjoyed a variety of professional opportunities including Graduate Assistant at Michigan State, Choir Director at St. Thomas Aquinas Catholic Church in East Lansing, Director of Choral Activities for the Episcopal School of Baton Rouge, Chorus Master for Opéra Louisiane, and Director of Music for University United Methodist Church in Baton Rouge.

Carter holds a Bachelor of Music (Vocal Performance) from Louisiana State University, where he studied with Dr. Lori Bade and Prof. Dennis Jesse and a Master of Music (Conducting) from LSU, where he studied with Dr. Kenneth Fulton and Maestro Carlos Riazuelo. Outside of music, Carter is an avid college football and baseball fan. He and his fiancée love cooking, traveling, and spending time with friends and family.

Allison Halerz is a graduate of the University of Michigan School of Music with a degree in Performing Arts Technology. As a previous member of the UMS Choral Union, she participated in the Grammy Award-winning recording of William Bolcom’s Songs of Innocence and of Experience in April 2004 under the direction of Leonard Slatkin.

Allison has been attending UUAA since 2003 and became a member in 2007. She was drawn to the congregation partly because of its already excellent music program, and quickly became an active participant both as a member of the Chalice Singers and as a substitute pianist. She became UUAA’s Pianist-in-Residence in 2007 and is excited to be a part of the continued musical experiences and growth of this congregation. She is a member of the Association for Unitarian Universalist Music Ministries (AUUMM). In addition to her work at UUAA, she is also a Development Associate at SafeHouse Center.